Minnesotans for Fair Lending (MFL) is a non-partisan coalition dedicated to reforming and eradicating predatory aspects of payday lending in Minnesota.

Exodus Lending Board President, Vienna Wilson, authored an incredible op-ed highlighting the nonpartisan nature of this issue and how far behind Minnesota is in protecting consumers.

The overwhelming support
for a rate cap is Non-partisan.

Minnesotans for Fair Lending (MFL) brings together organizations and their people to organize and advocate for stronger regulations and protections on payday loans at national, state, and local levels by enacting a 36% rate cap. MFL is following the lead of 18 states and the District of Columbia, and the city of Moorhead, Minnesota who have passed strong rate caps.

This is a racial and economic justice issue. Payday lenders disproportionately target low-income and Black and Latino communities. The exorbitant interest rates and endless cycles of debt extract wealth from communities further widening the wealth gap and making economic advancement all but impossible.

We believe that everyone is entitled to just, equitable and responsible financial products and we will continue to advocate alongside Minnesotans directly impacted to put an end to the predatory practices of payday lenders. 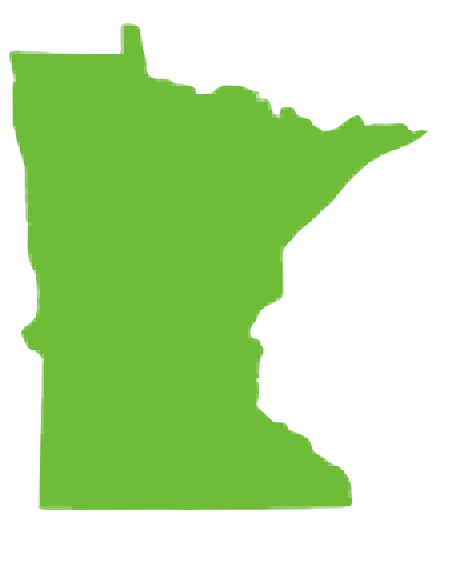 Along with 18 states and Washington D.C., MFL supports legislation that would cap interest rates for payday loans at 36%

**States with some protections include term limits longer than 14 days (NM, OH, OK, OR, VA), limits on fees (OR,ME), and/or number of loans per borrower (WA).

Click on a state to read more about their efforts to end the Payday Loan Debt Trap. 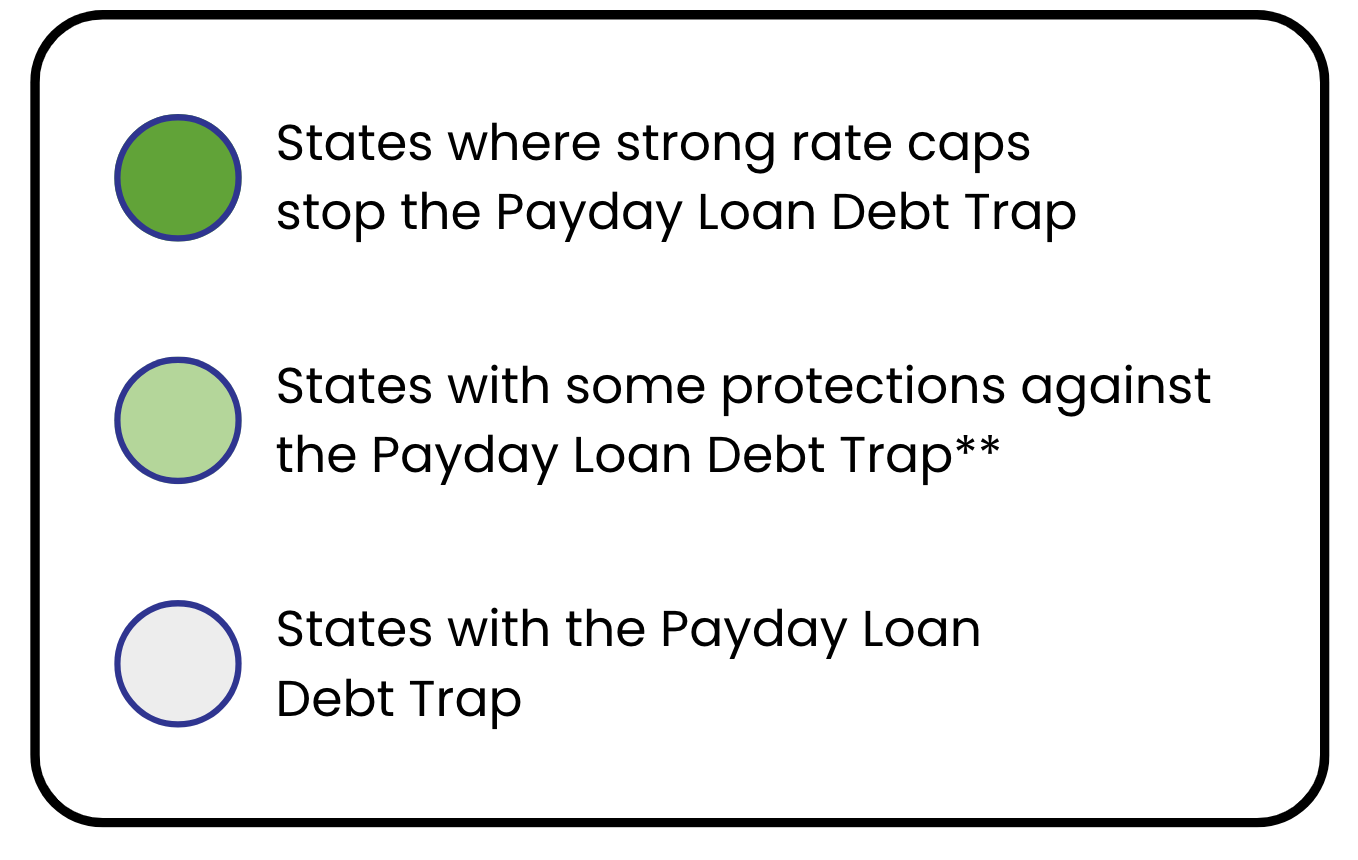 Meghan Olsen Biebighauser joined the staff as Organizing Director in September of 2022. She has worked the last ten years as a community organizer – first at Holy Trinity Lutheran Church in Minneapolis and later at the Minneapolis Area Synod of the ELCA. Meghan was one of the founders of Exodus Lending as it was born out of Holy Trinity’s organizing work, and she’s thrilled to return to Exodus and continue to convene the Minnesotans for Fair Lending coalition.

Sophie Hoiseth works part-time with Exodus Lending as the Mankato Organizer. Outside of fair lending advocacy, they coordinate the Tapestry Project in Mankato, a community weaving program for refugees and host society members. She is passionate about making Minnesota a better place to live for all. They graduated from Minnesota State University, Mankato with a degree in Political Science.

Heidi Durand is a local government consultant for Minnesotans for Fair Lending. In addition to her work for MFL, she teaches Sociology and Anthropology courses at Minnesota State Community and Technical College in Moorhead, MN. She has been at MState for 21 years.

Heidi served on the Moorhead City Council from 2012-2020, where she first became aware of the predatory lending problem facing her community. She worked with city staff, officials, and team members from MFL and Exodus Lending to create a small loan licensing ordinance within the city of Moorhead. The ordinance was passed in 2020. Since then, she has been working alongside team members to bring the “Moorhead Model” and public awareness to other cities in Greater Minnesota.

We are grateful for our wonderful partners! Please reach out if you would like to join our mission, too!

Ready to join us?